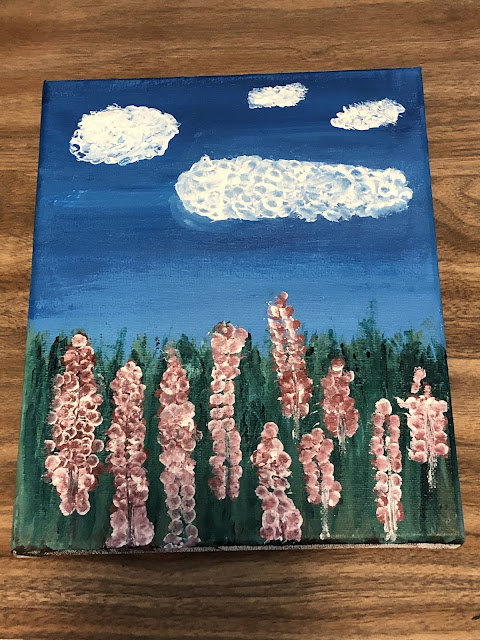 My work schedule is Wednesday through Sunday, so I’ve become accustomed to being on a different calendar than those with a typical work week. Saturdays and Sundays ceased to feel like those days once I was on my current schedule. Mondays and Tuesdays might be my equivalent of a weekend, but with the rest of the world operating differently, they never felt like broadly observed weekends but just days off. While it was strange to adapt to living on a timeline that most aren’t on, it happened eventually.

Having my week shifted from what most follow meant that it’s been easier for me to know what day it is. This week is when I started losing track of the days. I would wake up knowing if I had to work, but I needed a second or two to recall what day of the week it was. If anything serves as a marker of what day it is, it’s the TV schedule. With seasons winding down, it may only get more difficult to keep from feeling completely unmoored from time.

I’m writing this on May 12 and can hardly believe we’re nearly halfway through this month. Not that I’ve been going outside much, but knowing where we are on the calendar isn’t helped by the colder spring we’ve had. I’ve entertained the notion of planting a garden in the small patch I have by the patio. I’ve been told that it’s both too late if I want to grow something from seeds and too early, atypically, because we’re still getting overnight freezes.

Although I’ve received no indications on when we might return to the office, I’m beginning to think I’ll still be working from home until the fall at least. I can handle that emotionally--at least I believe I can--but time may lose all meaning if it extends that long.

I painted two more pictures this week. The lavender field at the top of this entry was one the painting group did before I joined. Because I was eager to do more, I went back and attempted this one. The tutorial made painting clouds with a trowel appear much easier than it was. I ended up doing something different after one repeated failed bids to render cirrus clouds in the sky. I’m still proud of how it turned out.

I had my reservations about this week’s challenge, which was Disney-themed and did not come with a tutorial. Drawing is not a strength when I have more control over the tools than I do with painting, so I was intimidated by this assignment. I really liked Wall-E--it was my top film of 2008--and thought his boxy dimensions would be easier for me to replicate in a way that wasn’t embarrassing. I was probably right in thinking that, although getting him to look like something a grade schooler drew was still a test.

The first thing I learned was that trying to use lighter colors on top of a dark background isn’t very easy, especially if the paint is still wet. I ended up letting this dry overnight before trying to paint the plucky robot. Even then, I had some trouble, particularly when adding Mars black to line the sides of his body. I was more frustrated doing this painting but still enjoyed trying to overcome the setbacks I created.

Last week I tried making Layali Lubnan for the first time but didn’t cook the layers until they were thick enough, so I ended up with a runny mess. My friend provided some additional advice, including how to crush the misk without spreading it everywhere or have the crystalized resin stick to the tool being used to do so. (A mortar and pestle would have been advantageous.)

As you can see, this time I made what I will declare a credible version of the dessert. The misk (or mastic) and rose water give this a flavor unfamiliar to me. It’s more perfumed than what I’m accustomed to. Still, the delicate flavors of the pudding or custard-like layers with some pistachios and honey to top it make this a cool, light treat.

For whatever reason I didn’t listen to music nearly as much while working this week. As Animal Crossing: New Horizons continues to overtake what appears on my television, it was back to watching very little other than the usual TV shows. We would have been due to record new podcasts this week, which would mean I had to watch a couple films, but as I had fallen behind in editing, that’s been delayed a week. I have a lot I’d like to watch, but at least for now, painting, dessert-making, and video game-playing took precedence.