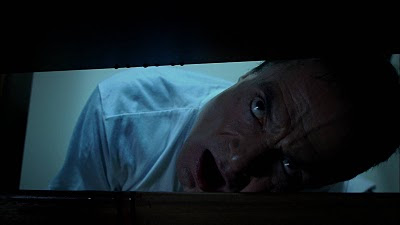 The most notorious film of 2010, at least among cinephiles on the internet, was also the year’s worst. Like a carnival barker, THE HUMAN CENTIPEDE entices the adventurous with the promise of a repulsive display that begs to be seen but fails in its delivery of gory one-upmanship. The film’s most shocking quality is it’s capacity to bore. THE HUMAN CENTIPEDE is a repellent film, but that's exactly the condemnation it needs to advance its reputation as a transgressive work. Being disreputable is the film's only distinguishing characteristic, even if in this case its offenses have been overhyped to Barnum-esque proportions successfully enough that a sequel is in the works.

TRASH HUMPERS, from cinematic agitator Harmony Korine, is a tiresome example of shock for shock’s sake. Shot on VHS and edited to resemble a weird, grubby found videotape, it’s a bunch of performance art nonsense with the director and others in old people masks humping garbage and vandalizing. Just because it’s outré doesn’t mean it’s profound or artful.

French provocateur Gaspar Noe’s ENTER THE VOID certainly doesn’t lack ambition. This psychedelic, first person perspective of a young drug dealer’s death, voyage into the hereafter, and rebirth is artistically indulgent in the worst way. With the camera floating around Tokyo, watching ENTER THE VOID is like seeing a sexed-up two and a half hour loop of the old Dolby Digital Broadway promo while on heavy depressants and hallucinogens.

The adaptation of the graphic novel JONAH HEX was the most ineptly made major studio film of the year. Like PUSHING DAISIES' Ned without the delicious pie-making skills, Josh Brolin's disfigured anithero can resurrect and speak with the dead for a few moments, but making the film comprehensible at all is beyond his powers or anyone else’s powers. JONAH HEX isn’t merely bad; it’s flat out incompetent.

That the Z-grade horror film THE BLACK WATERS OF ECHO’S POND managed to swing a theatrical release is something of a miracle. This is more like a cheap knock-off found in the DVD bargain bin than a multiplex. A despicable group of young, bland, and obnoxious people are stuck on an island playing an evil board game that predictably leads to most of them being killed. The murky visuals and number of scenes reliant on ponderous dialogue show every bit of its low budget on the screen. 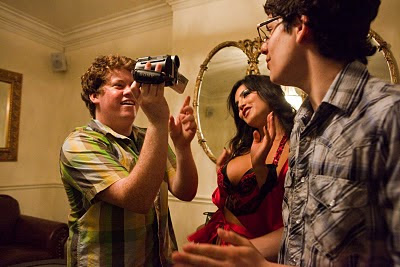 The hugely off-putting teensploitation comedy THE VIRGINITY HIT purports to be a documentary about a hateful group of friends seeking to document the last of the bunch having sex for the first time. The premise itself isn’t drastically different from other teen sex comedies, but what makes it truly insufferable is the conceit that these are real home videos of their adolescent shenanigans. For these characters, personal privacy and intimacy are just obstacles to putting every experience on YouTube.

THE WARRIOR’S WAY mashes up genres and styles in an unlikely and catastrophic manner. Imagine a martial arts western as directed by a Prozac-addled Jean-Pierre Jeunet. Imagine how terrible that sounds, even with some late arriving ninjas. That’s THE WARRIOR’S WAY.

The hideous poster for THE NUTCRACKER IN 3D practically promised that it would be one of the year’s worst. Call it truth in marketing, even if that surely wasn’t the intent. Unfortunately this adaptation of the classic ballet is just a dull, badly conceived, effects-heavy farrago than the amusingly terrible movie I’d hoped for. Still, it does have Nathan Lane playing Einstein, or someone suspiciously close to him, and an impending toy holocaust that is sure to horrify any kids with the bad luck to see it.

I can’t imagine any poor souls were holding their breath for nine years in anticipation of a CATS & DOGS sequel, but 2010 produced this inessential follow-up anyway. As the titles suggests, CATS & DOGS: THE REVENGE OF KITTY GALORE is a lame spy movie parody with talking animals. Does it recycle all the tired cliches one expects? You bet.

SEX AND THE CITY 2 takes self-absorption in front of and behind the camera to new levels. The comedy represents all of the worst stereotypes of Americans at home and abroad. It’s an amazingly tone deaf film with the audacity to pat the nation’s mothers on the head when two of the spoiled characters bemoan the weight of parenting without a nanny. The critics heaped scorn on SEX AND THE CITY 2, and it was all deserved. But never mind that. SHOES!!!
Posted by Mark Pfeiffer at 2/09/2011 12:49:00 PM