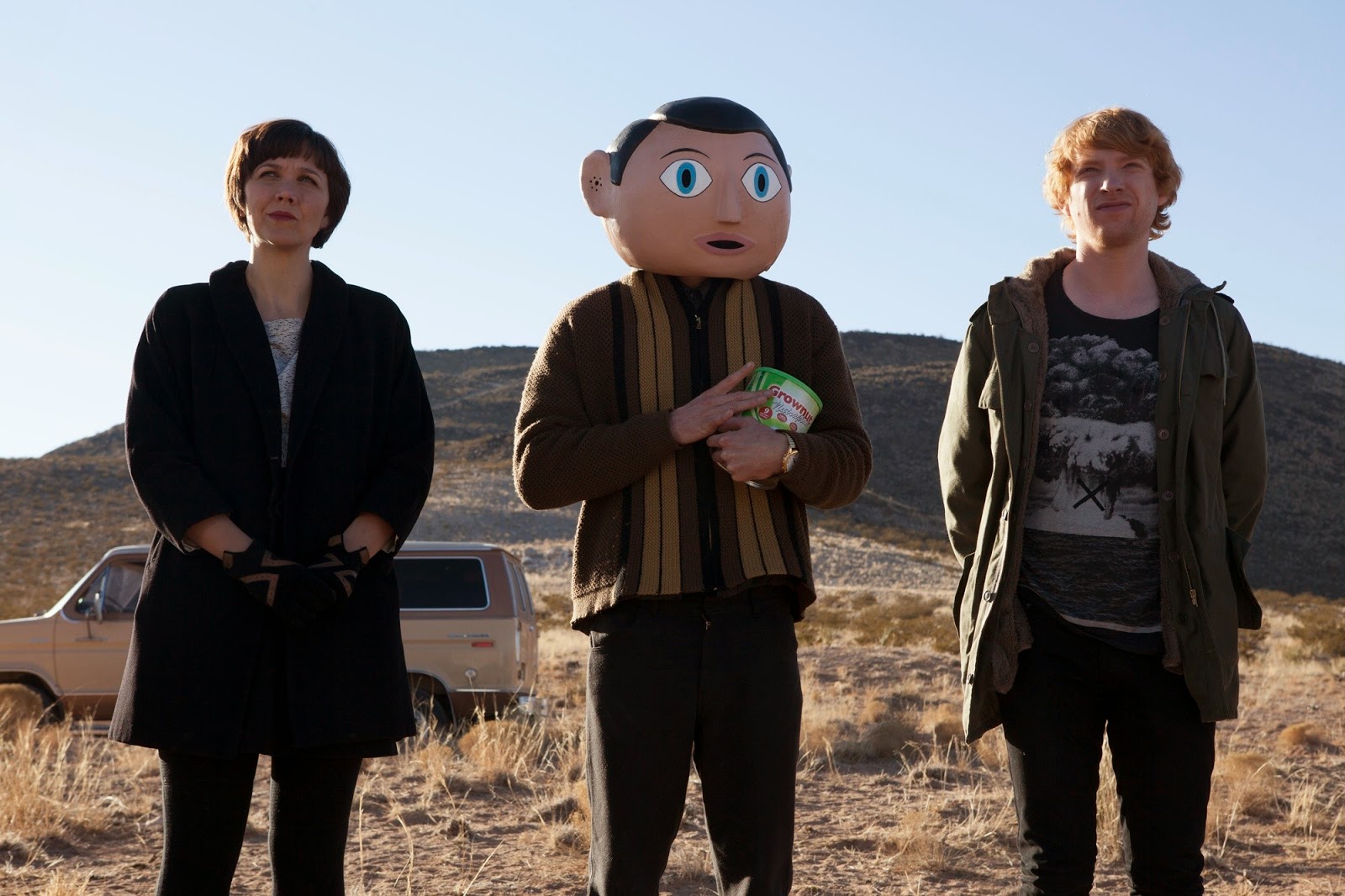 Art in general--and rock and roll in particular--fosters the image of the tortured genius, but in the age of the internet it’s now harder for the cult musician to build and maintain an aura of mystique than it was even twenty years ago. Except for the rare few, like the fame-indifferent group in FRANK, unknown and emerging bands establish social media presences to reach the music-obsessed. The art they produce matters, but being savvy about gaining awareness may be as critical to success as good songs. Because anyone with a laptop has the ability to record a single or an album, knowing how to cut through the clutter has become an important skill.

Jon (Domhnall Gleeson) desires to be a songwriter, but the best he can muster are fragments of basic compositions with insipid lyrics literally describing what he sees. He catches a break when he comes upon the members of the alphabet soup-named band Soronprfbs watching their keyboardist being taken away by medical personnel after trying to drown himself. Jon’s offhanded mention that he plays the keyboards earns him an invitation from their manager Don (Scoot McNairy) to perform with them at their next gig. He has no idea what to expect, least of all that the avant-garde rock band’s singer Frank (Michael Fassbender) wears a big papier-mâché mask that he never takes off.

Although their concert doesn’t last more than a minute or two because theremin-playing Clara (Maggie Gyllenhaal) gets into a fight on stage with guitarist Baraque (François Civil), Jon learns that Frank likes him and wants him to join the group. Jon thinks he’s tagging along for a couple shows in Ireland but finds himself moving in with them to a house on an island as Soronprfbs prepare to record an album. Everyone else in this band of misfits regards Frank as brilliant. Don and Frank met in a mental institution, and the others have their own eccentricities. The conventional Jon doesn’t exactly get it but rolls with the situation and tries to assist as he can. He ends up bankrolling their nearly year-long stay away from society, yet his most significant contribution is documenting their process. Jon’s posts, tweets, and videos attract attention online and lead to an invitation to play at South by Southwest.

Jon is a striver who simply may not have what it takes, and FRANK expresses humorous contempt for dilettantes like him who possess more of an aptitude for promotion than artistry. He mistakes experiencing crisis for expanding creativity. Frank stands in as a mascot of sorts for Jon’s conception of the artist, but as more comes to be known about Frank, his weirdness is revealed to be something other than an affectation. The quirks Frank and the other band members exhibit inform their work but can also be the obstacle to completing it.

Jon Ronson and Peter Straughan’s screenplay has fun poking the music scene, even if it’s tough to let the air out of absurd band names when acts like !!! exist. Frank’s attempt to make his music more accessible yields a hilarious version of a supposedly likable song. Clara’s insistence that she will not take up the ukulele clobbers an easy but merited target in the current state of indie rock. While FRANK takes aim at untalented careerists in the industry, the film’s experimental rock music credibly demonstrates the filmmakers know what they are critiquing