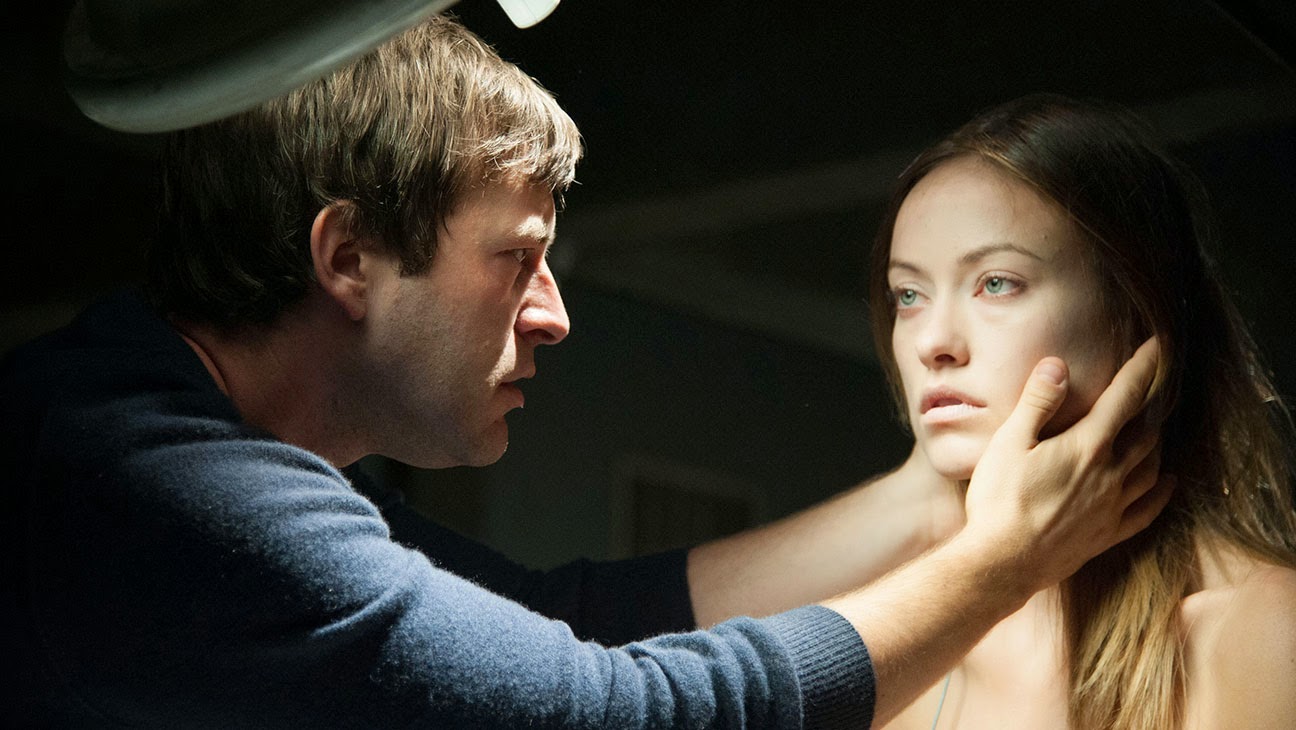 In the opening shot of THE LAZARUS EFFECT we can tell that a medical experiment of some kind is being performed on an animal, but it’s not exactly clear what we’re seeing tightly framed in the viewfinder. That single close-up summarizes the dilemma for the five main characters, who have a sense of what’s happening when their actions yield unintended consequences but can’t explain the results. The first shot also serves as a convenient allegory for the primary problem with this horror film. It identifies what is under thematic examination but doesn’t focus on it.

Project leaders and engaged couple Frank (Mark Duplass) and Zoe (Olivia Wilde) and their assistants Niko (Donald Glover) and Clay (Evan Peters) are working on a serum that can safely bring someone back from death without any physical deterioration or cognitive effects. If they’re successful, it means doctors will have more time to perform life-saving procedures on patients in crisis. They invite documentary filmmaker Eva (Sarah Bolger) to the subbasement to capture their efforts for posterity. As luck would have it, she’s recording when they mark their first major breakthrough by reviving a dog. Remarkably the canine’s cataracts are gone six minutes after being brought back to life. The dog doesn’t want to eat or drink and later displays some hyper-aggressive behavior, but nevertheless, this is a huge development in their study.

Excitement is short-lived, though, as soon thereafter the grant holder shuts down their unsanctioned experiment and confiscates all of their findings. The team wants to be able to prove that they are responsible for this landmark medical discovery, so they sneak back into the lab one night to duplicate the test. When Zoe gets electrocuted in an accident, the plan changes as Frank insists they use the serum on her. They resuscitate her, but she now talks of having been in hell for the hour when she was dead. Zoe feels herself changing, although her co-workers don’t observe any differences.

Rather than dig into the questions the material raises, director David Gelb is content to let THE LAZARUS EFFECT play out as a rote exercise in scary movie conventions. Although the film takes place in a confined space, it contains virtually no tension as members of the team are picked off one by one. THE LAZARUS EFFECT’s sympathies are aligned with Zoe, yet the dramatic logic is confused. She’s treated as victim and villain while not being accountable as either.

THE LAZARUS EFFECT’s unexplored ideas function as a placebo. The screenplay by Luke Dawson and Jeremy Slater injects medical ethics, the role of corporations in academic research, and a matter of the soul but produces nothing of value by putting them in the system. For instance, Zoe is established as a Catholic with a recurring bad dream about an incident from childhood, and the character wrestles with the question of if it is ever possible to atone for a mistake or sin. THE LAZARUS EFFECT doesn’t need to dive into advanced theology, but it could make more of an effort to ponder the religious implications of the film’s developments. Everything that could give the film weight has no contemplative value.