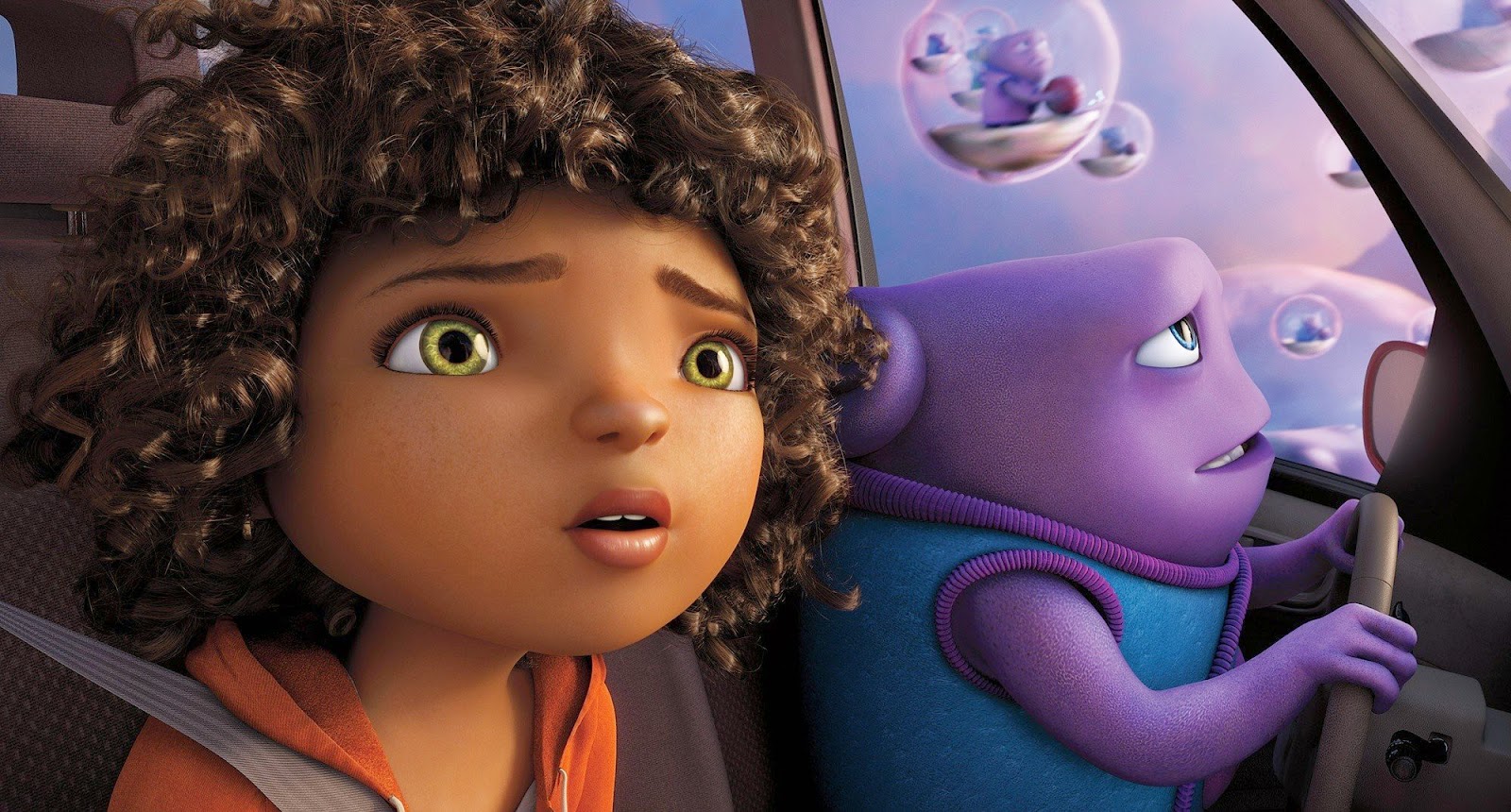 The stout, six-legged, purple alien species Boov excel at running away, and they’re doing it once again as they are being pursued by the planet-demolishing Gorg in HOME. Feckless leader Captain Smek (Steve Martin) relocate the Boov to Earth, where they promptly ship out all humans to congested neighborhoods in Australia dubbed Happy Humanstown. Oh (Jim Parsons), so named because of the groans he is greeted with, is excited for a fresh start, but when he sends his party invitation to the entire galaxy, it’s only a matter of forty hours until the Gorg receive it and attempt to destroy them.

Meanwhile, seventh grader Gratuity Tucci, better known as Tip (Rihanna), is looking for her mother after being missed during the Boov’s relocation phase. She encounters Oh when he’s a fugitive from Boov authorities and strikes an uneasy alliance with him to find her mom. Oh intends to take them to Antarctica, which is the only place on Earth with no Boov, while Tip thinks they are headed to Boov Command Central in Paris to search for her mom in the database.

There’s a subtle, if unelaborated, message about colonialism running through HOME. Oh says, “Boov do not steal and destruct. Boov liberate and befriend.” While Happy Humanstown is a colorful, cartoonish place, there’s no mistaking it for a giant ghetto. HOME doesn’t directly comment on these aspects of the story, which makes their inclusion kind of awkward in the grand scheme of things, especially because the primary theme is about not feeling like one fits in. Tip and her mother are immigrants from Barbados, and the challenges they’ve experienced color how they relate to the Boov.

HOME doesn’t push its theme too insistently, and the relationship between Oh and Tip has an easygoing feel that keeps the mismatched pair from becoming grating. Because Oh talks like THE BIG BANG THEORY’s Sheldon Cooper with traces of Jar-Jar Binks’ patois, the character runs the risk of becoming insufferable. Director Tim Johnson is careful to have Parsons not overdo his alien on the autism spectrum act.

If studios have identifiable characteristics, HOME is readily noted as a DreamWorks production. It’s irreverent, which can be fun to a point, but it’s also indistinguishable from other bright, loud entertainment for kids.