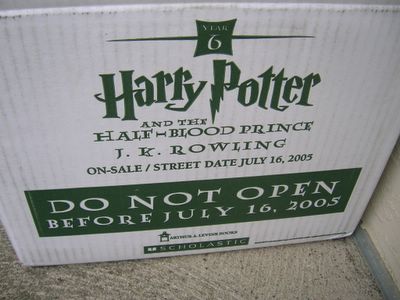 J.K. Rowling's sixth Harry Potter novel,HARRY POTTER AND THE HALF-BLOOD PRINCE, was released today. I had no part of getting in line to buy the book at midnight--just so that's clear--but I am looking forward to reading it. I walked over to B. Dalton's--a rare stand-alone shop rather than a mall store--to get it while my laundry was was in the washing machines. I was a little surprised that there wasn't a bigger crowd, but apparently there was a line before the store opened at 8 a.m. (A store employee told me that the first person claimed to have arrived at 5:30 a.m.) 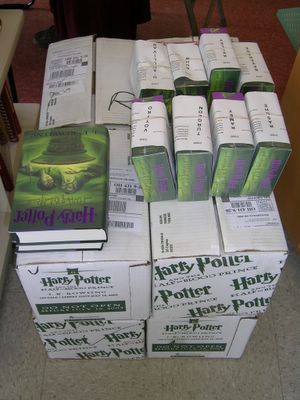 Aside from being curious about the phenomenon, I didn't feel compelled to read the series until the release of the first film neared. Typically I don't feel that it is necessary to read the source material before seeing film adaptations--or see the originals before the remakes--but in this case I wanted to know what to expect. I was prepared to write it off as nice but forgettable kid's stuff, but I really enjoyed the first book and tore through the next couple in short time. 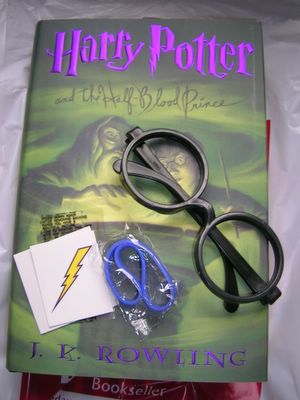 It's hard to say if Harry Potter will be a fad or stand literature's test of time, but I'm inclined to favor the latter position. These are rich, well-written books that are likely to enchant children and adults for some time to come. The films haven't matched the novels, but that was, and will continue to be, an impossible task, really.
Posted by Mark Pfeiffer at 7/16/2005 01:06:00 PM